To mark the anniversary of the adoption of India’s Constitution on Nov. 26, 1949, in 2015 the Government of India decided to observe 26th November as ‘Constitution Day’ or Samvidhan Diwas.

This year 'Constitution Day' is a part of year-long nationwide celebrations starting from 26th Nov. 2019  till 26th Nov. 2020 during which a number of activities with special emphasis on Fundamental Duties have been planned by UGC-Ministry of Education and Department of Justice, Government of India throughout the year with the active participation of HEIs. [For details refer to: https://kartavya.ugc.ac.in/default.aspx]

UGC-Ministry of Education has nominated National Law University Odisha as the State Coordinator for the State of Odisha.

Under the aegis of the UGC, Ministry of Education and Department of Justice, Government of India a Teachers Training Programme on Fundamental Duties was organised by National Law University Odisha.

School teachers from various schools in Cuttack- Bhubaneswar participated in the said training programme and were trained on Fundamental Duties as enshrined in the Constitution of India.  They were oriented as to how they can incorporate lessons of fundamental duties in their teaching-learning process with school children.

Inaugurating the programme, Prof. (Dr.) Y P Singh, Vice Chancellor (I/c) of National Law University Odisha, stressed upon the importance of Fundamental Duties in nation building and the responsibility of citizens to perform such duties. He stated that if all the citizens of the county discharge their duties, people wouldn’t be required to fight for their rights, because the rights would then be automatically taken care of. He further emphasised on the fact that imposing sanction and penalising is not the only way of enforcing law, rather sensitising people and inculcating these duties in children from the beginning is equally important.

Prof. (Dr.) Sachidhanandam, Senior Professor, National Law University Odisha pointed out the interface of the rights and duties and how both are correlative to each other. He, further, deliberated on the fact that the human relationship and the relationship between humans and the state form the base for the fundamental duties which co-exist with the rights in a just and fair society.

Training programme ended with the vote of thanks proposed by Prof (Dr) A Aruna Sri Lakshmi, Chairperson of Academic Coordination at NLUO. 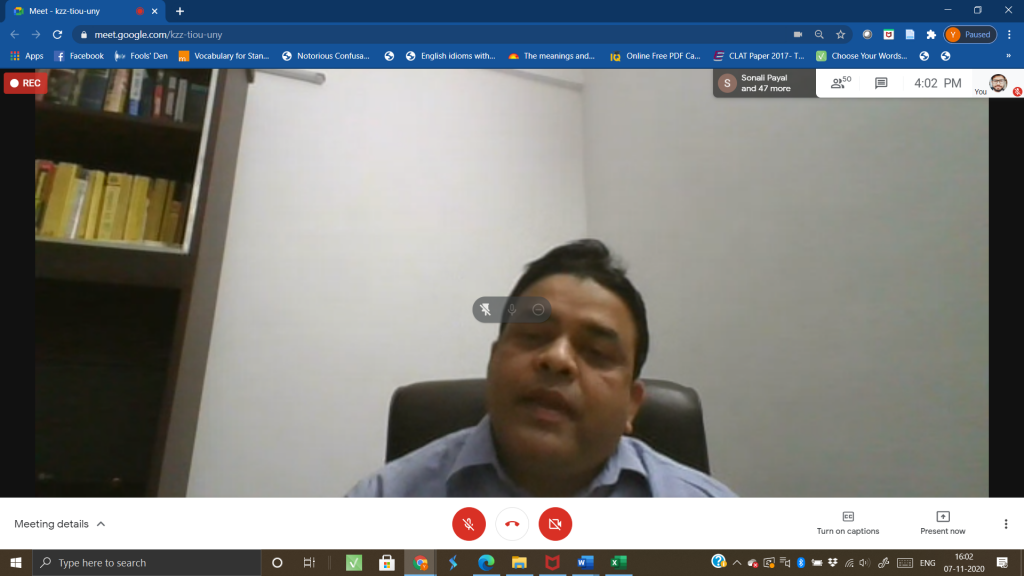