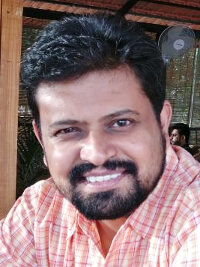 Qualifications: Research Interests: Positivist Legal Theory; Jurisprudence of Rights; Ancient Indian Legal Theory; Jurisprudence of Emergencies and Terrorism; Law and Literature; Law and Artificial Intelligence; Indian Legal History; Law and Religion; Law and Agriculture Subjects Taught: Research Methodology (LLM); Administrative Law; Criminal Procedure; Interpretation of Statutes; IT Law; Jurisprudence; Law of Agriculture; Law of Contracts; Law of Emergencies and Terrorism; Legal Methods. Profile: Abhik gained his first degree in law from the National Law School of India University (NLSIU), Bangalore. He followed it up with a thesis-track LLM from the National University of Singapore (NUS); and then a PhD from the National Law University Odisha (NLUO), Cuttack. Prior to joining NUS, he was associated with several research bodies, NGOs, law firms, and even a music archive as legal officer for a project partnered with the Smithsonian Institution. Abhik’s principal research interests concern jurisprudence and legal theory. His PhD thesis engages with Hohfeld’s schema of jural correlatives, and its conceptual and heuristic utility. And his LLM dissertation examines Hart’s legal positivism and whether it sustains its descriptive goals. He has also worked on other aspects of legal theory, including the jurisprudence of the ancient legal treatise Kauṭilya’s Arthaśāstra. His involvement with non-theoretical aspects of law extends to the law of sedition; law and religion; WTO law; the law of agriculture; and the theory of terrorism law. He has published in several prestigious international journals such as the Journal of Indian Philosophy; South Asian History and Culture; and the Australian Journal of Asian Law. Law and legal theory aside, Abhik also admits to a deep involvement with Indian classical music. His publications on the topic include Bhimsen Joshi: A Passion for Music (Rupa & Co, 2004) and numerous book and concert reviews.