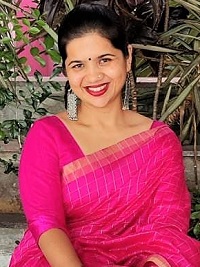 Dr. Sohini Mahapatra, first joined the university as a Research Associate in Research Project entitled “Exploring Changing Dynamics of Children Law in India in Post Liberalization Era” sanctioned by Indian Council of Social Science Research under Centre for Child Rights in May 2016. Prior to that she has been a Visiting Faculty in the university, since February 2016. She was also one of the faculties for in the Barefoot Lawyers’ College, NLUO which is an Advanced Vocational Diploma in Paralegal Studies under UGC Community College Scheme. In October 2018, she completed her Ph.D. from NLU Odisha, on ‘Non-Humans and the Law: An Analysis of Animal Welfare and Animal Rights Within the Indian Legal Discourse’. Furthermore, she is a proud alumni of the university having completed her Masters in Law from NLUO, in 2014 where she was awarded the University Gold Medal for securing First Rank in LLM. She completed her B.A.LLB from Amity Law School, Amity University, NOIDA in the year 2012, where she was awarded Merit Scholarship by Amity University for Academic